A collection of places, restaurants, topics and all things In between, that make you say "Did You Ever"

Now, I know what you are thinking…. $15 for toast? Are you out of your mind or as my mom would say, “Did You Ever?” But, yes, and I am ashamed to admit. I paid $15 for toast in Tokyo. But this my friends, is not your ordinary toast.

First, to give you some background, I first saw this place when Mr. A. and I were starting Day 2 of our Tokyo city voyage. We were only a short walk from our hotel when we passed this place, which had a really long line out the door. It was also Easter Sunday (so I was not sure if that had something to do with it). I  found out later on, that it did not.

I was curious to see what this was.  I thought it was a fancy bakery or breakfast place of sorts (along the lines of Dominique Ansel), so we ended up trying it out two mornings later.

When I got there, there was a line. Not as long as the previous one I saw, but still a line, which is shocking for a weekday morning after the morning commute. I soon found out there were two separate lines, one for the cafe and one for the bakery, which only offered thick white sandwich bread (sliced or unsliced). I’ll get to Japan’s obsession with thick white sandwich bread later.

For breakfast, the menu was simple – thick white toast with all of the fixings accompanied with either a glass of milk or iced tea. Since I did not have my morning coffee yet, I wanted one to accompany, so purchased that extra (which was the equivalent for $8 for a cup of plain filter coffee).  Crazy, right and here I though NYC and Dubai were expensive. Mr. A thought it was crazy to pay this much for toast as well, but hey, when on holiday, right?

So, back to the toast. The Japanese have a penchant for thick white sandwich bread or shokupan as they call it. This seemed a bit strange to me, given that fact that everything I know says to steer clear of white processed bread and here was a country and culture whose dietary and gastronomic offerings are on the healthy side of the spectrum are in love with this type of bread. One thing I did notice is that it is eaten in moderation. Toast for breakfast and that is it, so I guess that is  the difference. Great pride and care is taken into consideration during the baking process.

Now back to the toast. So as part of the experience, you got to pick out your own retro toaster to make your own.

Then the toast was served. Just to note the $15 offering (which can be shared) offers two slices of bread, made from Japanese wheat, of course. The server recommends you toast one and leave the other plain. An assortment of condiments including three different types of French preserves, local honey and fresh whipped sweetened peanut butter made in house. I love peanut butter, so this really buttered my toast.

Three small pats of butter (literally — imagine cutting a small slice from a stick) were also served. Two of the slices of butter were from France and the other local.

Now, I would not say this toast was amazing and I would probably not buy another round of $15 toast, but it was an experience. The cafe was equally charming with locals enjoying their shokupan in the morning, with a number of ‘ladies who toast in the morning,’ so how could I not indulge. $15 toast. Did you ever?

Welcome to Did You Ever

A collection of things I like, topics I find interesting, places and sites I've been and in between that made me say "Did You Ever?" 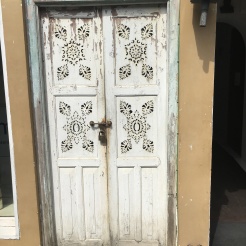 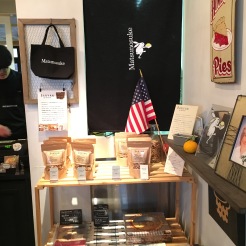 A Taste of Americana in Kyoto 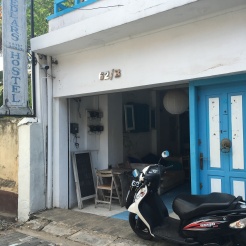 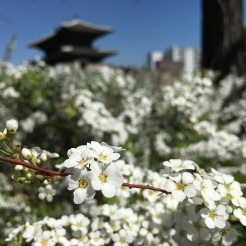 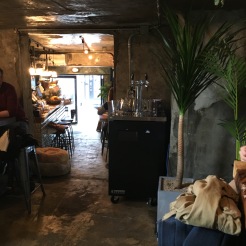 Stationary and Books in Hong Kong